The period of adolescence is tough for everyone because they go through body modifications, peer pressure, and rising hormones. When an adolescent is diagnosed with idiopathic scoliosis – an atypical sideward spine curvature with no clear cause – it can cause things to be even more difficult.

Adolescence is a stage when kids are particularly worried about fitting in. Things that make an adolescent seem different could undermine that objective. Other typical difficulties with scoliosis may include:

Subsequently, adolescents coping with scoliosis also have a higher likelihood of having depression.

Scoliosis curvatures are conventionally gauged by using what is known as Cobb angle. This is described as an angle formed by the most skewed vertebra below the spine’s apex and the most skewed vertebra over the curvature’s apex. The sizes of these curves differ – they range from scarcely considered as scoliosis, which is 10 degrees or not visible, to major curvatures that are simply evident when wearing a swimsuit.

Teen and young adult scoliosis are intimately associated with decreased self-confidence, although some studies imply that findings are slightly independent of its curve size. Teens or adolescents with comparatively minor cases of scoliosis may still experience severe psychological challenges because of their scoliosis. 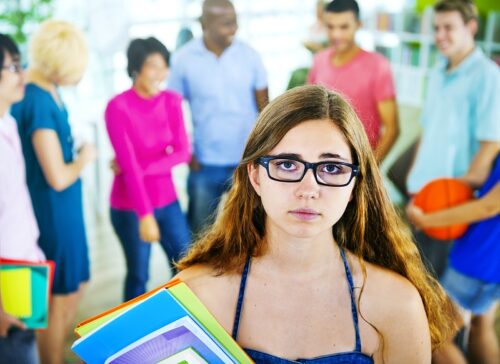 There is a lack of a robust connection between minor to severe Cobb angles and self-confidence, and this could be due to how individuals feel about their condition, which is subjective. A teen may have a minor curve yet still be disturbed by the thought of having some form of abnormal spine curvature, even though it is hardly noticeable. Another teen may have a major curve but can adjust to it efficiently. Numerous other elements could be involved, like the thought that probably another teen with a milder form of scoliosis might be bullied or ridiculed for it compared to a teenager with a more serious case of scoliosis.

Emotional Support For Teens With Scoliosis

When a teenager is diagnosed with scoliosis, there might be a feeling of lack of control. There is no cure for scoliosis – either the brace only prevents worsening of the curvature, or surgery aligns and fuses fragments of the spine. If bracing is suggested, it usually entails stringent rules concerning the tightness of the brace, when it should be donned, and the dos and don’ts while the brace is on.

Whatever family, friends, and significant others can do to urge the teen with scoliosis can be beneficial. For example, expressing verbal support, taking time to listen about how he feels or assisting him with some tasks that he finds difficult to do alone, and simply being with him and taking part in his activities, interesting or not.

If a teenager begins to show indications of depression – like a strange, longstanding mood change or more and more time spent alone – it is crucial to reach out to a mental health professional capable of assessing his situation.

Idiopathic scoliosis in itself does not usually lead to physical pain in teens and young adults; it can result in other types of discomfort, pain, and other challenges. 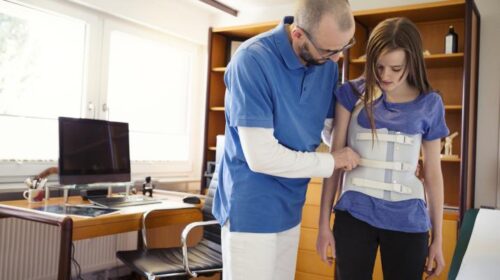 Because of the numerous challenges that can come with scoliosis, experts have revealed that teenagers with the condition have a higher likelihood of developing depression. If a teenager does have depression, recognizing it early and seeking help immediately can tremendously help get successful results.